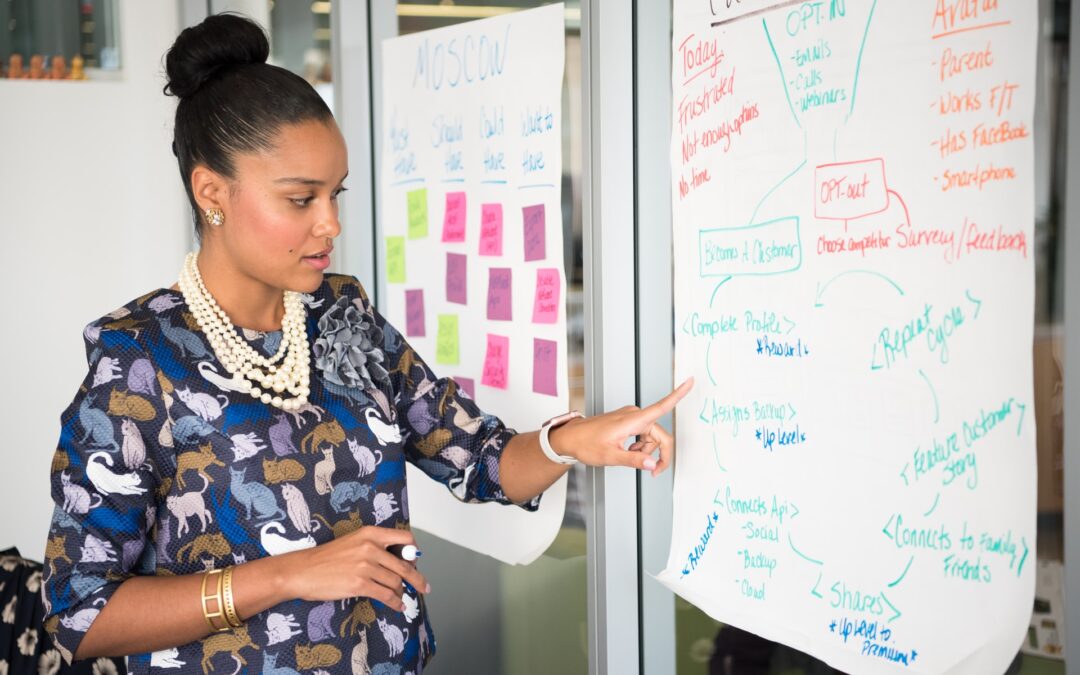 What if someone told you that your organization had an underutilized asset that could earn 21% increased profitability, and up to 45% greater market share? What would you guess that asset might be? Your IP? Your culture? Your technology? Is it your enviable customer network? Is it your bonanza analytics?

It’s your women leaders. Despite the hard financial evidence, women make up 44.7% of the work force yet occupy only 26.5% of executive and senior manager roles in Fortune 500 Companies.

Thankfully, there is a glimmer of corporate light. Awareness of the business case for gender diversity is on the rise. Companies have increasingly begun to see diversity as a source of competitive advantage, and specifically as a key enabler of growth.

These days it is fashionable to talk about digital literacy, yet ever since Daniel Goleman coined the term Emotional Intelligence, its importance to business success has been well documented. Workers with high Emotional Intelligence are better able to work in teams, adjust to change and be flexible. As the workplace continues to evolve, making room for new ecosystems, technologies and innovations, these qualities become increasingly important. Women score better on Emotional Intelligence factors (positivity, connection, empathy, insight) and are naturally more aware of the emotional well-being of others.

2. Triumph Against the Odds

Women often need more resilience than men to overcome traditional obstacles placed in their way in order to advance in the business world. Resilience is a muscle, the more it is exercised the stronger gets. It is built by dealing with small-scale stressors that you learn from. Women leaders have many more opportunities to do that in their working lives than men do, in part because they have had to endure the stressors of being excluded from privileges and promotions. And that continues throughout women’s lives as they carry more child rearing responsibilities and more of the emotional load in families.

A recent study by HBR Harvard Business Review research shows that working longer hours fails to deliver proportional results. Having had to juggle family and careers for the longest time, this is not news to any women. At it simplest definition, agile working means enabling people to be more flexible in how they work to optimize their performance. Women have intuitively realized and pioneered this concept long before it became a buzzword in corporate parlance.

Nobody would dispute the importance of innovation in today’s disruptive market place. Organizations with above-average diversity on their management teams report higher innovation revenue. And here’s the kicker; having women represent just 2.5% of the leadership team would result in a full percentage point increase in innovation revenue. Having women among the firm’s innovators is but half the equation, however. Leaders who are willing to change direction based on women’s input are more than twice as likely to tap into winning ideas. And leaders who back female members on the team and ensure they get a ‘voice’ are more likely to elicit breakthrough ideas.

Diverse viewpoints can result in better, more creative solutions to business issues. For the first time in history, there are now five generations in the workplace. But whether this multi-generational workplace feels productive, satisfying or stressful is, in large part, up to the leader. How you communicate with employees of different age groups, how you motivate someone much older or much younger than you, and finally how you encourage employees of different generations to share their knowledge all become sources of competitive advantage? Women are naturally better at building collaborative relationship than men.

Women control an increasing amount of the spending power in our economy. In fact it’s estimated to be $40 trillion globally. Given these numbers, it would be foolish to ignore or underestimate the female consumer as influencer and as a decision-maker. If women make up a significant portion of the customer base, their voice should be represented on the leadership team. Having a female perspective can bring deeper insight and create something that resonates more powerfully with what is quite possibly the world’s largest emerging economy.

In todays media saturated world, it is hard to avoid news stories of abuses of power. Travis Kalanick may be the bad boy poster child for creating a culture that tolerated corporate abuse of women, but he far is from being alone. From Hollywood to the Olympics and back to the boardroom women are now openly speaking out about the abuses of power they have been subjected to. Women leaders alter the team norm for behavior; teams with female leaders report greater connectivity and bonding. While this may not be a panacea for remedying churlish corporate conduct, stronger team bonds do offer more protection and a collective voice in calling out egregious behavior.

The bottom line is that more women need to be in leadership roles for many reasons including the seven listed above. The challenge is to find new ways to enable them to succeed at top levels. Women underestimate their worth, bosses — who are predominantly male — lack an understanding of women leaders’ strategic importance to their organization. This mindset can be altered with a proper development program for both women leaders, and men who manage women.